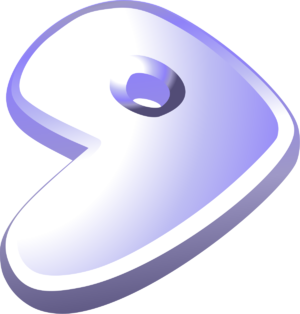 I use Gentoo btw 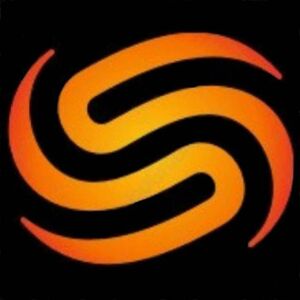 I am a polyphasic sleeper from Ukraine (born in 2003), an administrator of wiki, an advisor and a deputy of the discord server, a moderator of the subreddit and of the russian chat. I found out about polyphasic sleep in 2018 when i was 14. I was a pure monophasic sleeper before, and also slept biphasically during the first years of my life. I'm an IT university student currently and adapted to a few polyphasic schedules during this year. I use Gentoo btw.

This is the year, when I first got to know the conception of polyphasic sleeping. There was a bunch of community recommended info on the mattressnerd site already, same polyphasic discord started to develop some time before and existed for a while already.

Unfo-o-ortunately, I was young and knew only russian decently, so never found these based resources back then. I was watching youtube one day (in January or so), and faced this nice video title: "How To Sleep 2h a Day". This was quite intriguing, since I was a fan of lifestyle experiments and sought self improvement. I searched for some books about polyphasic sleep, and found only one - Ubersleep 1st edition. This was the only book translated into russian, so the only choice of mine.

Intrigued even more after reading, I didn't choose Uberman as a schedule since I was underage, and the book warned about the possible danger. This always was my main goal though, for which I need to be older and have a much nicer alarm setup. I still attempted polyphasic sleep though, a schedule, which was less extreme. It was E2 with combined naps into one, so this E1-shortened. I failed pretty soon though, just because I flexed to much from the very beginning, which resulted in schedule destabilization. I returned to mono and didn't attempt anything else again.

Until... Next year spring I decided to attempt poly again. This time my schedule was some kind of a Sevamayl with 4.5h core and 2-3 naps (in the fixed spots). I adhered to this schedule for a few months, but naps almost never started to work. Then i went to an Astronomy Olympiad for a week in another city, which ruined adaptation even more and after some time I just returned back to mono. Lack of resources over again made me choose a bad scheduling plus flexing was all over the place again.

Current year, and this one has some nice achievements.

Adapted: yes, after ~50 days, including the first variant

17 January came, and by some circumstances I decided to attempt poly. This time it was E3 with a 3.5h core, and I started with rereading Ubersleep for the third time, which inspired me back again. I scheduled sleep and this time decided to be as strict as possible, without any oversleeps, flexing or anything else. For this purpose I chose late core, to wake up in the morning, when it's easier to leave the bed as parents won't consider this odd. This time it went quite successfully. I was very strict and stayed awake by any possible method. First days it was reading Ubersleep, then I found a translation of Pavlina's articles into russian, which was inspiring too and was enough for a couple of days. This wasn't enough, and I started to search info in english. This time I knew some, after reading much programming or Linux documentation in english. 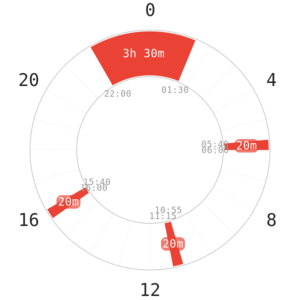 My E3 with an early core

This time I found polynet and some other good resources. January, 22 i joined discord. After some time I had my first short oversleep on the day 15, after which naps totally stopped to work. I had no choice but to switch to an earlier core by an advisor's recommendation.

This time I adapted successfully after 39 days. I also ordered an EEG device, which made me know I needed normal amount of SWS (~80 minutes) and less REM, so the dream about Uberman became more transparent. This experience was really awesome, I had vivid dreams during short naps and I could sleep only for 3.5h supplied with three naps. Earlier core also made it more sustainable.

I didn't stay for a long time on E3. It was only a couple of weeks after adaptation, but then I started to look at the other possibilities, and decided to make a gradual adaptation to DC3. I felt like E3 adaptation wasn't that hard, which made me suppose DC3 wouldn't be really difficult either. It was a mistake though. After first days with some oversleeps (i slept Everyman 3.5h core with a natural wake instead of 1.5h core) I finally got used to waking up a bit. This attempt lasted for only a couple of weeks, and then I was forced to stop it by my family. They usually were all awake at 23:30, when my alarm rang. So they noticed it.

My main reason of doing Dual Core was the desire to make sleep structure exotic by using sleep patterns which less resemble mono, so while other possible option remained, I decided to make one more attempt. This schedule was expected to be better because C1 ends at 01:00, when my family members usually sleep or are focused on work. I still couldn't use loud alarms and I failed this rhythm by oversleeping C1 pretty often. I stopped it and wasn't really sure what to do the next. On the one hand I wanted to continue doing unusual schedules, but on the other I couldn't use alarms at night.

Adapted: yes, since the first day and till the end

I fell into Biphasic-X. It's still polyphasic sleep, but it fits extreme situations, when any other schedule would not be viable. One basically has two blocks of sleep with some circadian considerations. Surprisingly, I started to wake up after 1-4 hours of sleep naturally every day, which was a nice experience. I never had sleep deprivation symptoms at that time, so the adapted feeling was present since the first days and till the end (day 21). By that time the sleep structure became pretty consistent, which allowed to start a strict Segmented schedule that was based on my natural sleep pattern. 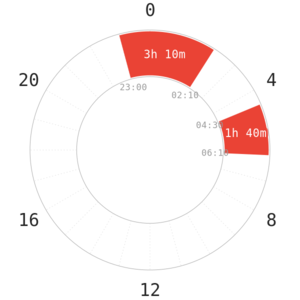 Adapted: yes, since the first day and till the end

I woke natural inclination towards segmented sleep and found out the most comfortable cycle length by sleeping no-alarm segmented, based on which I created a strict Segmented schedule, sticking to it for some time. I almost never had sleep deprivation symptoms or oversleeps since the very beginning, so was adapted pretty much since the very beginning. Worth noticing, my monophasic sleep length was lower than average, around 6 hours without alarms, and my average total sleep time on Biphasic-X stayed close to 5 hours, which made adaptation to such schedule possible and fast. Shortened schedules aren't generally recommended for people with normal sleep requirements.

I left Segmented-shortened simply to attempt this schedule to adapt to Ducamayl with GeneralNguyen, when he suggested the idea. The adaptation started nicely, without oversleeps and with very little sleep deprivation symptoms. Soon our family moved back to city from the dacha though, where I couldn't stay awake that easily anymore. This situation made me quit. 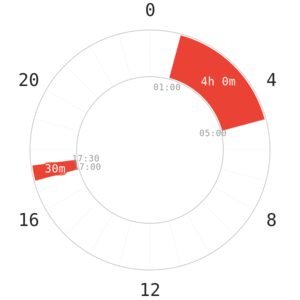 I pretty much always wanted to attempt E1-shortened just to see what will happen. This was a perfect opportunity, since I could wake up pretty late, which was safer to do considering my situation with family. They mostly were against me waking up at night, which was considered to be the time from about 23 to 04 for them. This scheduled worked perfectly pretty much, I had some minor mess ups in the beginning, but with time it was getting more stable, resulting in a pretty fast and light adaptation. I also adhered to TWOMAD (Two Meals a Day), which was pretty nice.

This schedule I started after DST switch without obvious reason, the only one was probably for having a dawn REM nap for dreaming. Unfortunately, was interrupted by parents again soon, so there is not much to say. I had some nice dreams, but not very regularly.

That's how I fell to Biphasic-X, and probably will stay on it for some more time. It's pretty similar to the previous one, so not much to add here. Will update some time later, while today it is December, 2.