A tri core schedule is a sleep schedule with three core sleeps.

Tri core sleep schedules consist of three cores, splitting further dual core schedules. Each of the cores has only one sleep cycle by default, with the length around 1.5h. 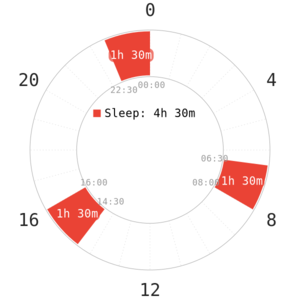 Triphasic, sometimes denoted as TC0 (tri core with zero naps), contains three cores, which are placed equidistantly. The first core is placed around dusk, one around dawn and one in the afternoon. This schedule has a total sleep time of around 4h30m. 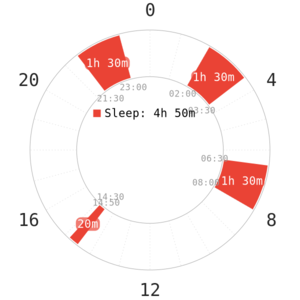 Tri core 1, usually denoted as TC1, has a nap in addition to the three cores. This schedule was created as a modification of Triphasic, which is generally more convenient for the social life. All the cores are placed at night, one around dusk, one around dawn, and one between them. A nap midday allows to sustain wakefulness through the long gap between cores. The total sleep time of TC1 is 4h50m. 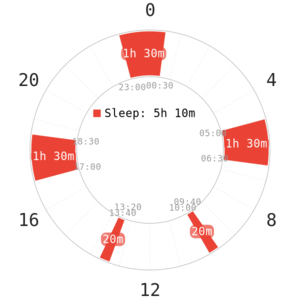 Tri core 2, usually denoted as TC2, has two naps in addition to the three cores. One core is placed in the evening, one midnight and one around the dusk. Two naps are added during the day to sustain wakefulness in the gap between cores. The total sleep time of this schedule is 5h10m, and so far it had only one known successful adaptation due to having too many blocks of sleep.