A dual core schedule is simply a sleep schedule with two core sleeps and zero or more naps.

Some individuals may be natural segmented, siesta, or DC1 sleepers, given that an individual's sleep may become bifurcated when undisturbed[4], particularly with a lack of artificial lighting during the evening, and that non-industrial societies[5][6] or non-electric societies[7] tend to have a biphasic sleeping pattern with an elective nap in the afternoon.

The core length on the standard dual core schedules often isn't a multiple of 1.5h. It was suggested that sleep cycles are compressed/lengthened in this case.[8]

This is an alternative hypothesis which is different from the established ones.

It was noticed by some polyphasic community members that a longer core length, which is not a multiple of 1.5h, did not lead to the cycle lengthening on dual core schedules in some cases. This is mostly applicable to the standard Segmented and DC1 schedules.

The first core on the standard Segmented is 3.5 hours, and 3.3 hours on DC1. The additional 20-30 minutes often are added to cores for getting more NREM2 or REM sleep. In this case, sometimes the core has a normal structure with the standard sleep cycles length. Some additional light sleep is inserted after the second core, which makes waking up and staying awake easier.

According to the EEG readings of some community members, the second core on dual core schedules often starts with SOREM, following by a regular non-lengthened sleep cycle. This is also a possible reason why Segmented sleep is a viable schedule despite having fewer cycles. In fact, it might have a regular number of the REM episodes, considering SOREM in the second core is the fifth one.

Segmented and siesta, along with Everyman 1 (a single core sleep schedule), tend to have high success rates within the polyphasic community.[9] 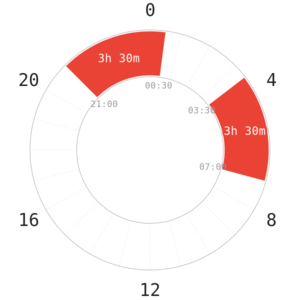 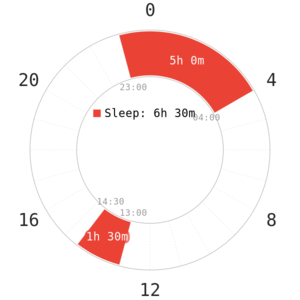 Siesta sleep generally consists of a long core at night and a shorter core (siesta nap) midday. Siesta sleep tends to have around 6-8 hours of total sleep time. 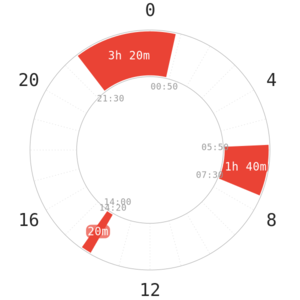 Dual core 1, usually denoted as DC1, has a nap in addition to the two cores. This nap allows polyphasic enthusiasts to decrease total sleep time. A sustainable DC1 schedule tends to have 5h20m-7h total sleep time. 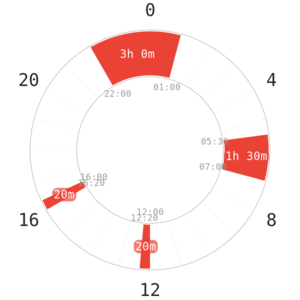 Dual core 2, usually denoted as DC2, is the logical successor of DC1, having one core around dusk, one core around dawn, and two naps. A sustainable DC2 tends to have 5h-5h30m total sleep time. 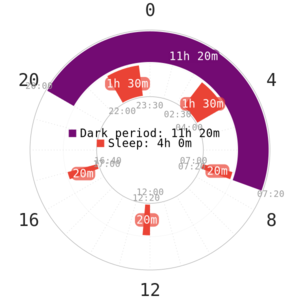 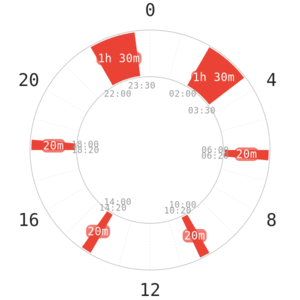 Dual core 4, usually denoted as DC4, has two short cores at night and four naps. The total sleep time of DC4 is generally 4h20m. This schedule is often used as a means for gradual adaptation to Uberman, but so far no successful attempts has been known with this approach. 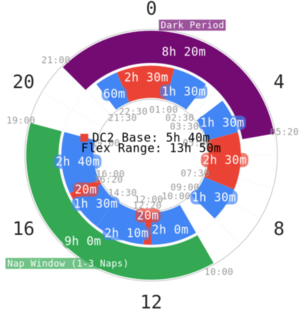 Ducamayl, an acronym for "dual core as much as you like", is a variant of Spamayl that includes two core sleeps, generally at dusk and dawn. The idea is to adapt to a general dual core sleep schedule, one in which the individual learns the flexibility to move around start & end times of their cores & nap(s). The total sleep varies broadly, though is generally 5h30m to 7h.

Bimaxion is a strict schedule that combines elements of DC2 and Dymaxion (an experimental nap-only schedule), designed as a transitional schedule with Dymaxion in mind. The total sleep time is 4h.